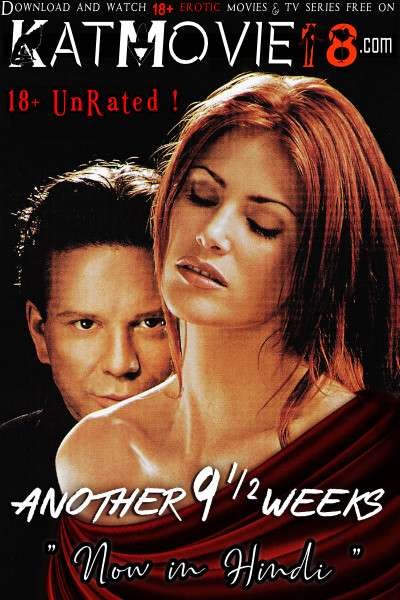 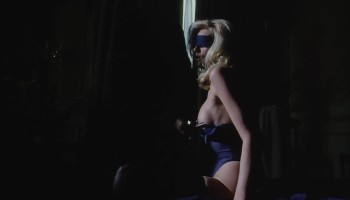 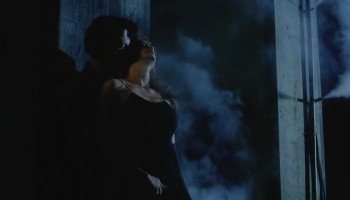 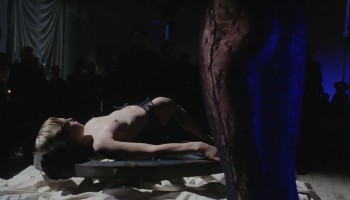 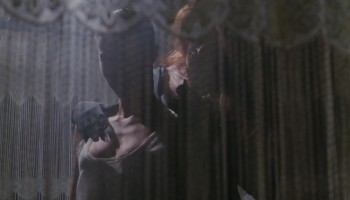 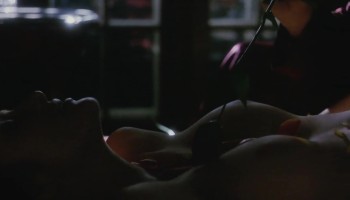 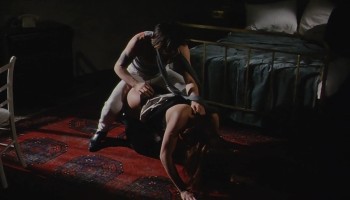 Taglines: On the trail of an old love, he found a dangerous new obsession.

9 1/2 Weeks is one of the sexiest films you will ever see, if you haven’t seen it, go rent it now! I have to admit that I love that film, it’s such a guilty pleasure. But when I found the sequel to it, called Another 9 1/2 Weeks, I grabbed the movie without hesitation. I went home and watched it immediately, and I have to say I can see why Kim didn’t want to be in this film. And Mickey, Mickey, Mickey, he’s not so fine any more, he’s more just very creepy and scary looking. The story didn’t work and was just plain unnecessary, at least I didn’t buy it. I mean, 10 years and John still hasn’t moved on? May I just recommend therapy? Though he and Lea had pretty good chemistry, it wasn’t as sizzling as what John and Elizabeth had.

John is in Paris, he is about to come to an art show where Elizabeth’s paintings are about to go on auction, John buys all the paintings hoping he’ll bump into her. But alas, she isn’t there, but he notices a beautiful young woman wearing the shawl he gave Elizbeth, he asks her where she got it and she says Elizabeth gave it to her and they were best friends. The young woman, Lea, is fascinated with the infamous John that rocked her friend’s world, but John is just more concerned with speaking to Elizabeth, but when he gets terrible news, he may just have to settle for the sexy best friend.Some scenes were just too disturbing and unrealistic to how a person would react. John became too whiny and such a pansy boy. The passion wasn’t very strong and the story was just horrible. I really recommend that you stay away from this movie, but please see the first 9 1/2 Weeks, it’s a great thriller, don’t watch this one, it’s just plain insulting.